For sustained contributions to the dynamic analysis of the Internet (protocols, topologies, configurations) and the Internet of Things (sensor networks)

Ramesh Govindan’s pioneering work on defining Internet topology, discovering how the many hosts, routers, and autonomous systems are connected, has been integral to the continued growth of the Internet. His Mercator mapping tool was one of the first network mappers and provided extensive views of the Internet’s backbone. He was among the first to study the Border Gateway Protocol, identifying oscillation issues affecting network stability. Govindan is also one of the founders of the sensornet movement, important to developing the Internet of Things in which everyday objects are imbedded with sensors that enable constant monitoring and interaction. Notable here is his work on directed diffusion and development of the Tenet program for wireless sensing, which set the direction for continued research.

An IEEE Fellow, Govindan is the Northrop Grumman Chair in Engineering and a professor at the University of Southern California, Los Angeles, CA, USA.

For contributions to broadband wireless systems

With seminal research achievements that have enabled the modern wireless Internet to become a reality, Victor Bahl has shaped the broadband access technologies we take for granted today, making Internet access more affordable, reliable, and globally available. Among his many important contributions, Bahl developed opportunistic networking and the world’s first white space network. He was instrumental in the U.S. Federal Communications Commission’s decision to open 180 MHz of spectrum for unlicensed use. Subsequently, similar decisions were made by government regulators around the world. His community wireless mesh networks implementing multi-radio routers also brought affordable Internet access to rural communities. Other accomplishments include the first Wi-Fi hotspot; Wi-Fi based indoor localization system, which showed how RF signals can be used for functionality beyond communications; and Virtual Wi-Fi available in today’s computers and smartphones.

The IEEE INFOCOM Achievement Award is the highest honor that can be bestowed on a researcher in the INFOCOM community. The recipient should have a body of work that has had significant impacts on the networking community in general, and INFOCOM in particular. 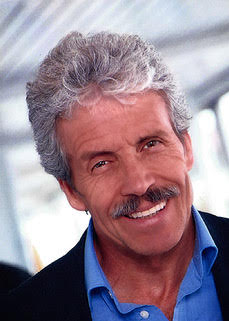 For contributions to modeling, implementation and testing of wired and wireless network protocols.

Prof. Mario Gerla is one of the key pioneers in early Internet protocol design and wireless/mobile network architectures. He has contributed groundbreaking work on mobile network protocols and models to the networking research community. Throughout his forty-five years of research, Prof. Gerla has publishing more than 1000 papers and reports on computer networks and mobile systems, and is among the most-cited researchers in computer science. Much of his most significant work has appeared in INFOCOM conferences since the beginning of the conference series. In addition to his publications, Prof. Gerla is an inspiring role model for education and professional services.

An IEEE Fellow, Mario Gerla is a professor of computer science and the Jonathan B. Postel Chair in Networking at UCLA.

For 2018, the award committee has selected the following two papers for this award:

“An Analysis of the Skype Peer-to-Peer Internet Telephony Protocol,”
in Proceedings of the IEEE INFOCOM 2006
Salman A. Baset and Henning G. Schulzrinne